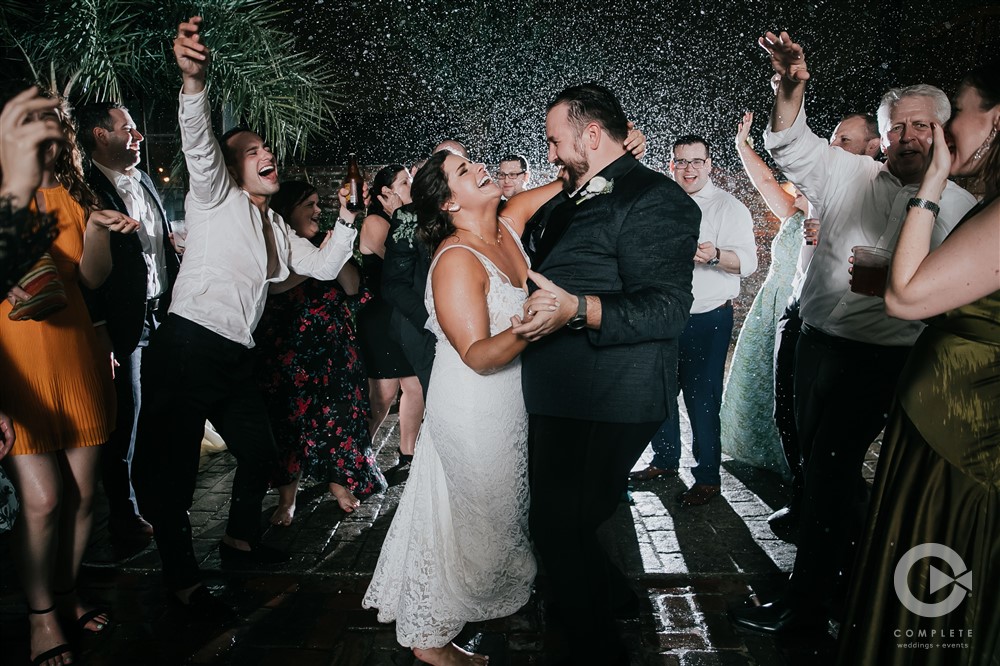 Rosie looked like southern royalty while getting ready. She was surrounded with laughter and smiles from her bridesmaids and family. Rosie’s look was accentuated by the lovely light provided by the unpredictable Louisiana sky. She and her bridesmaids wore their hair pinned up which complimented the elegance of their dresses.

The ceremony was also lit naturally and the photos represented the bride and groom’s journey together up until their wedding day.

Their wedding photographer, David of Complete Weddings + Events, went on an adventure with the bridal party. Portraits were filled with recognizable New Orleans iconography, including a trolley car and a second line band.

Although the second line was underneath a slowly darkening sky, that didn’t keep the good times from rolling. Smiles were visible as Rosie and Nick paraded down the street holding their umbrellas, with their guests dancing and singing behind them.

As the reception went on it became clear that the guests were going to be greeted by a typical southern rainfall. This wasn’t going to stop this group from dancing the night away. In addition, David and Candice (our videographer) had a moment of insight, grabbed an umbrella, and captured amazing shots of the couple dancing in the rain while their family and friends cheered on. 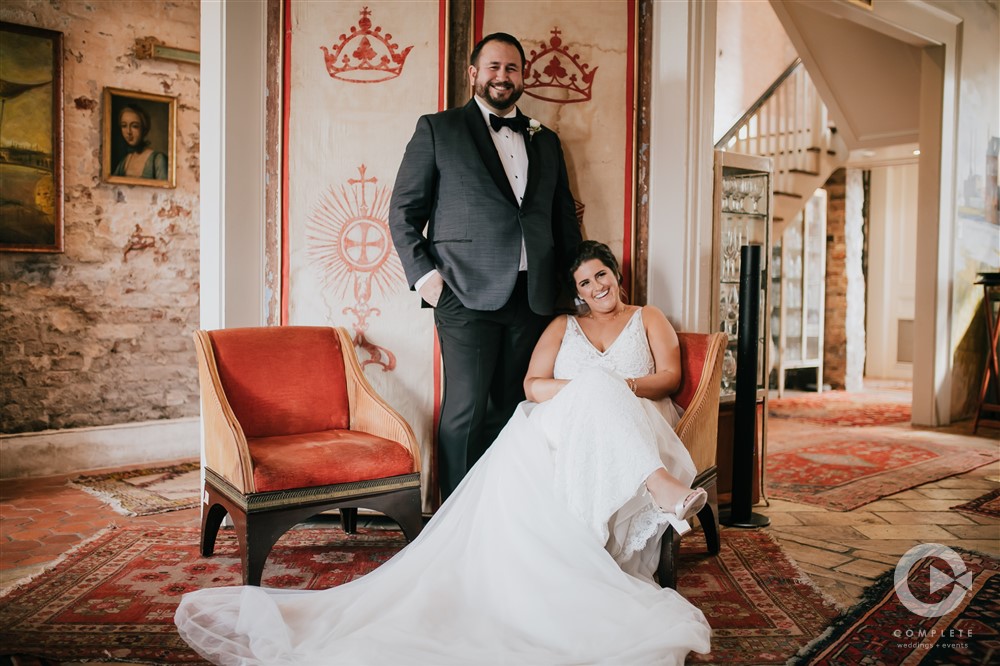 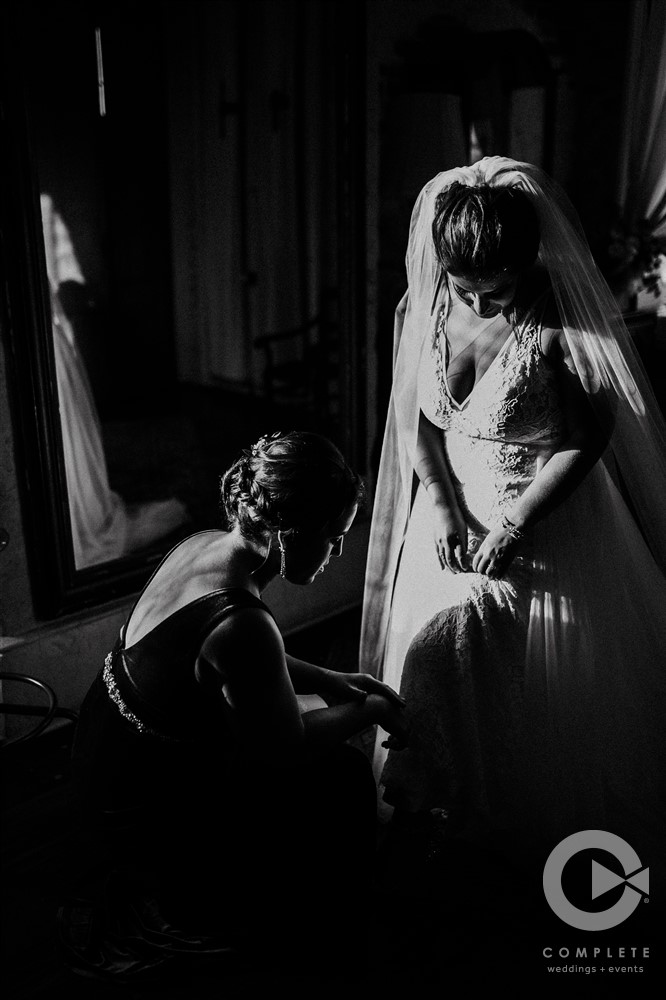 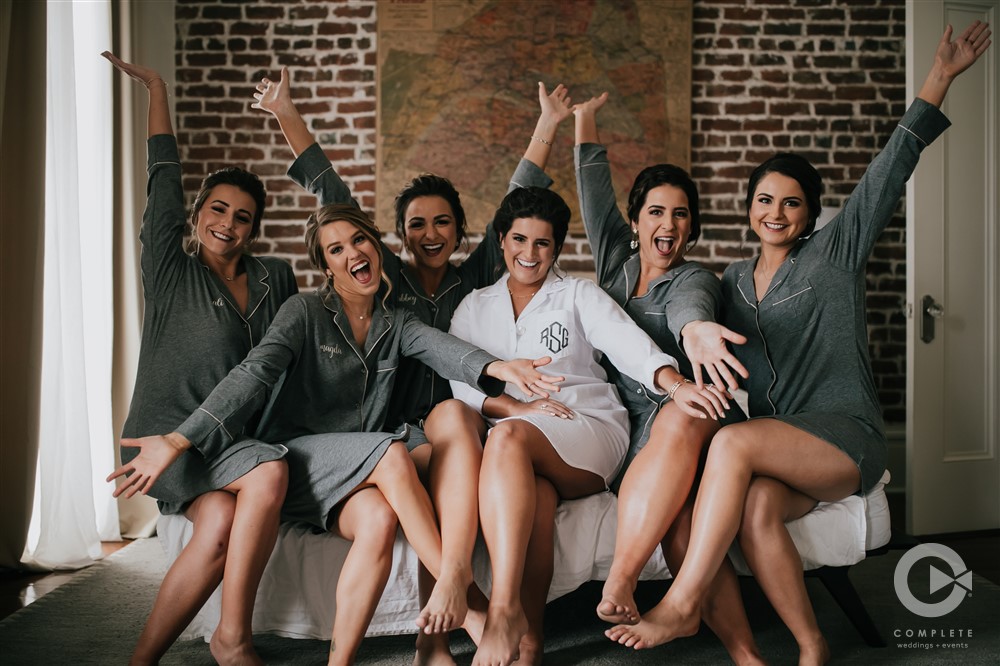 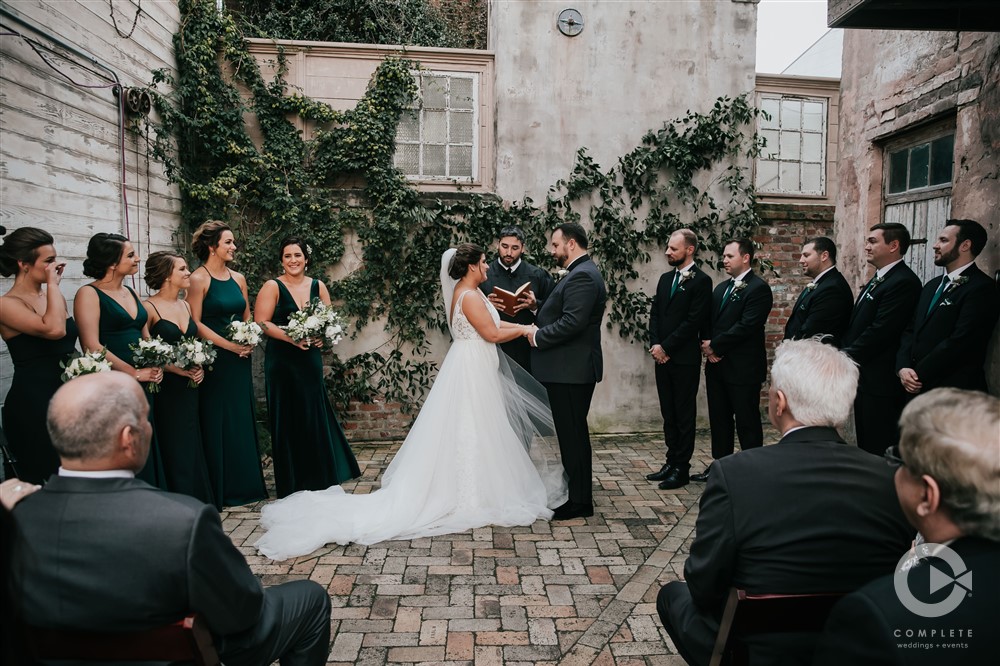 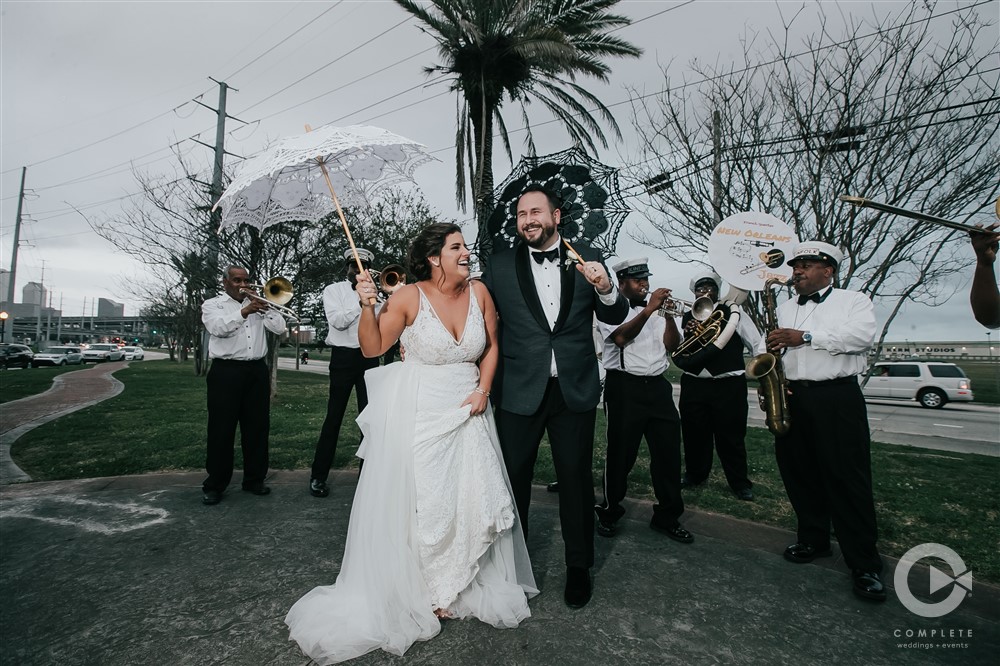 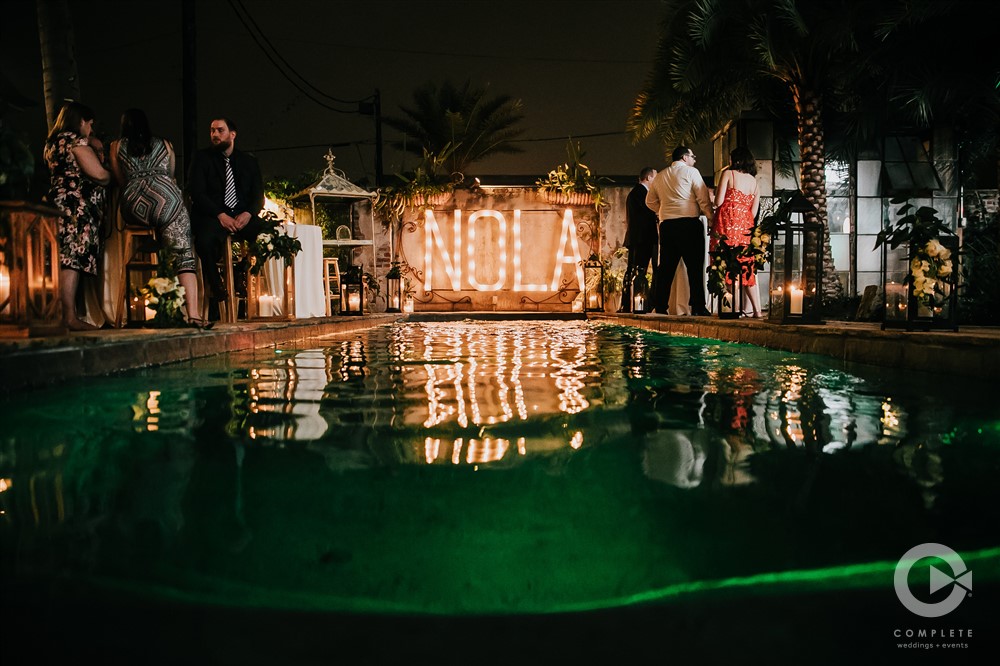 The Top “Do Not Play” Wedding Songs

Should I Get a DJ for My Wedding?