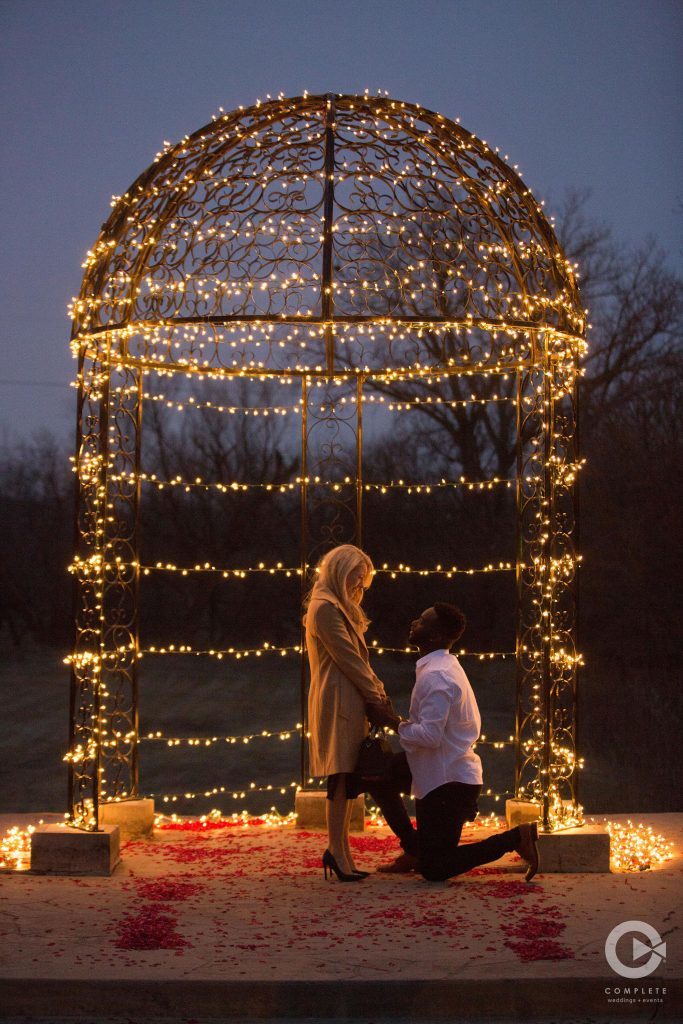 The time has finally come– you or your partner popped the ultimate question and it’s time to plan and celebrate! It’s time to fill your calendars with all the celebrations and festivities leading up to the big day. Whether that’s an engagement party, bridal shower, bachelor, or bachelorette party, it may all feel a bit overwhelming (especially if you’re pressed for time). Today we’re going to discuss the differences and benefits of engagement parties versus bridal showers so you can make the informed decision on which one to throw.

Let’s first define the actual differences between engagement parties and bridal showers are. An engagement party will be celebrating the couple, while a bridal shower will only be celebrating the soon-to-be bride. Some people choose between one or the other, while others go with both. It’s all personal preference. Both celebrations are family and friends-focused and prepare guests for the night of the big wedding day. They both share similarities and differences that we will now dive into.

The engagement party is typically the first celebratory event after the big question’s been popped. What’s wonderful about engagement parties is that they’re equally focused on both the bride and the groom. Family and friends from both sides are in attendance and it’s a time to shower the couple with the love and excitement that they feel for each other. Typically they’re thrown a few months after the actual engagement, once the planning has begun. It’s a great rule of thumb for the couple to allow some time for themselves after their engagement and let the excitement subside a bit. However, it should be the first event to take place leading up to the wedding.

Engagement parties are also a wonderful time to introduce friends and family that have not yet had the chance to meet. It can even be a great time to ask for advice and tips for the planning process. Also, if there’s anyone that knows they will not be able to make the actual wedding, this will be a great opportunity for them to celebrate you beforehand.

Here are a few venues in the Austin, TX area to have the best Engagement Party:

A bridal shower is exactly what it sounds like, a shower for the bride-to-be. Since this party will be entirely focused on the bride, it’s typically an all-female gathering. It’s a time to eat, drink, and play your typical bridal shower games. There’s no exact formula on when a bridal shower should take place. However, it’s typically a bit later in the planning process. It would typically be later than the engagement party if you’re choosing to have both. Everlastingoccasion.com suggests that it’s best to have it anywhere from three weeks to three months before the wedding. It’s usually one of the last events before the couple says “I do”.

There are two options to choose from when it comes to showers; the traditional way and the “Jack and Jill” way. The traditional way will consist of an all-female list with the bride’s friends and family and the in-laws. With the “Jack and Jill” method, the gifts will be for the couple (not just the bride). This will be more like an engagement party as both men and women will be present and it will be focused on the couple as a whole.

Here are a few venues in the Austin, TX area to have the best Bridal Shower:

Both parties will be family and friends-focused and will require a certain level of detail and planning. Both parties will typically involve food, beverages, and games. What separates them is the timing of each party, the intentions, and the guest list. The engagement party is usually a bit relaxed without gifts, while the bridal shower or “Jack and Jill” event is usually more of an intimate celebration of the couple starting a life together and may involve a registry.

Which one should you throw?

Deciding on which party to throw is entirely up to you. Some couples opt for one or the other, while others throw both. If you’re more traditional in your values, you may want to shoot for an engagement party initially and a bridal shower down the line. If you’re unconventional, you may throw a casual engagement party with no shower or perhaps a “Jack and Jill” event. Either way, this is a beautiful time for you and your partner and it’s your time to call the shots!

Planning a wedding is an exciting time in your life, but when it starts to become overwhelming, know there are experts who are happy to help! Contact Complete Weddings + Event for advice or to set up a consultation for your Austin, TX event!

How to Create a Wedding Hashtag