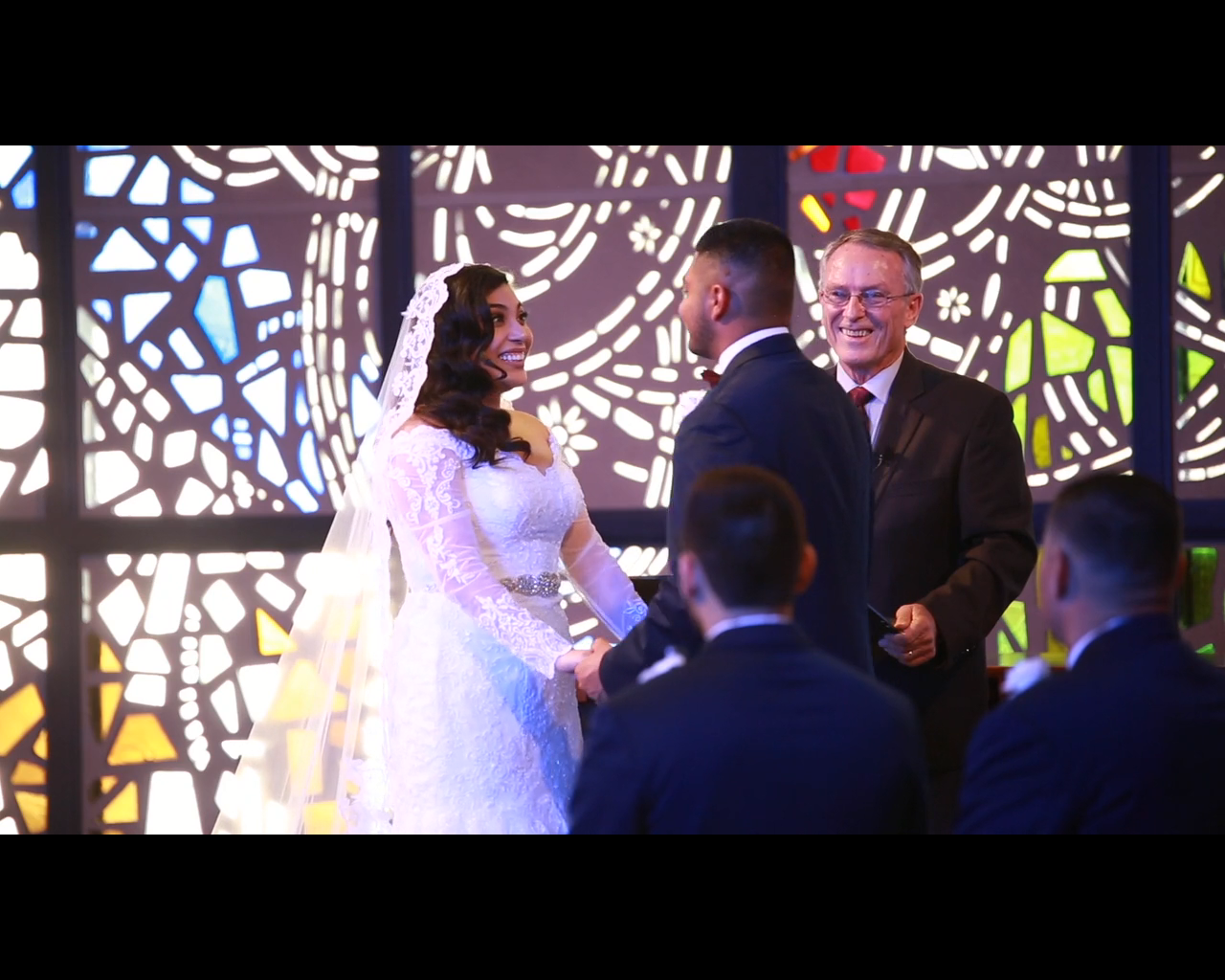 The town of Roswell, New Mexico is most famous for being near the site of ‘The Roswell Incident’, where some aliens allegedly visited Earth in 1947, the International UFO Museum, the Annual UFO Festival and two hit television series based on that extra-terrestrial visit. But for Aleena and Jaycob, Roswell is the site where they began their forever together! For their ceremony in February of 2020, Aleena and Jaycob chose the stunning stained glass backdrop of the Alumni Memorial Chapel on the campus of the New Mexico Military Institute (NMMI). Since 1975, the chapel has served as the ‘spiritual center for the NMMI corps of cadets’. Aleena and Jaycob exchanged vows in front of a majestic, towering creation by A.E. Anderson called ‘Creation of Life’. Aleena’s gown was a flowing long sleeve and lace featuring a traditional New Mexican veil. Jaycob and his groomsmen wore modern navy blue tuxedos.

For the reception, the newlyweds asked their friends and family to gather at the Roswell Convention and Civic Center just up the road from the military institute campus. Their reception featured all of the usual traditions including the wedding party grand entrance, the bride and groom’s first dance, the father bride dance, the mother-son dance, the cutting of the wedding cake, the bouquet toss and the garter toss. After the dinner buffet, their guests also heard a toast from their best man, maid of honor, and each of their fathers. One special treat was a performance of the traditional Mexican dance known as ‘Jarabe Tapatío’. It is also commonly known as ‘the Mexican Hat Dance’.

This particular video is an example of a ‘cinematic’ video editing style that focuses on telling the story of the couple’s wedding day in a unique way. The footage was shot by John Ortiz, a veteran with over ten years of experience who has been a part of over fifty events with Complete Weddings + Events.

If you’re planning a wedding in Albuquerque, then you’ve landed at the right place! Now that you’ve said YES! to spending your life together, you have some exciting decisions ahead. At Complete Weddings + Events planning, wedding events are what we do best. Complete Weddings + Events, Albuquerque’s leading provider of event and wedding photography, videography, lighting, DJ services & photo booth rental.

How Photographers And Videographers Work Together On Your Wedding Day