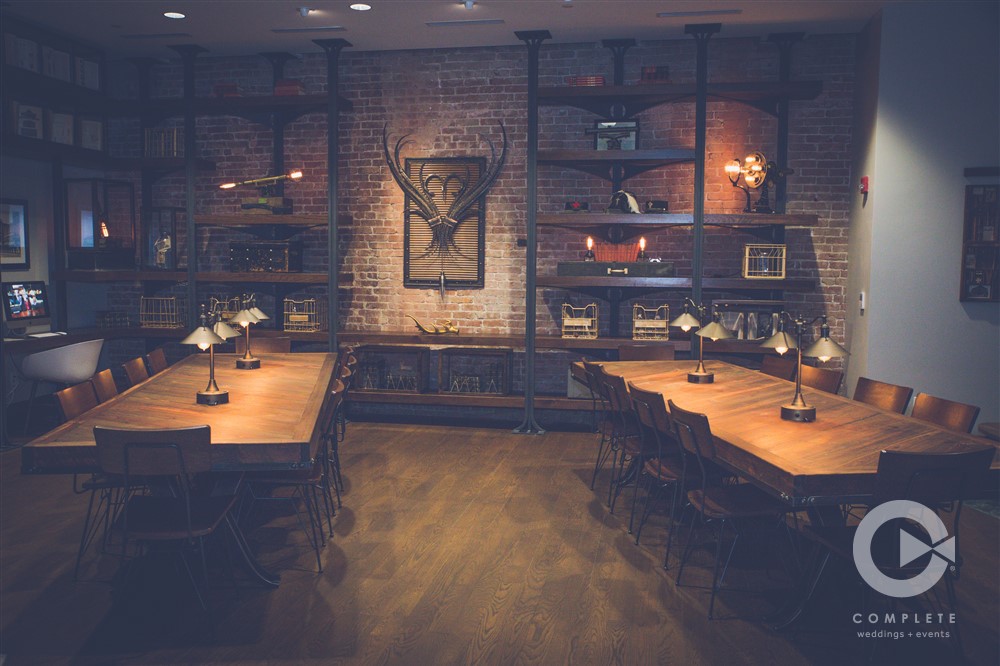 Looking for a stunning, historic, modern 4 Diamond hotel with picturesque downtown views of the city of Springfield to host your next event? Then you must check out Hotel Vandivort! When you walk in the front doors of the Vandivort you are immediately captivated by the modern hand-crafted elements, sleek design and charming vintage touches that pay homage to Springfield’s history.

PAST: According to the Green County Library, the Hotel Vandivort was originally a Masonic Temple that was constructed in 1906 and was occupied by the Masons and the Shriners until 1980. Then in the 80’s the Vandivort went under construction to convert the most of the 40,000 square foot building into offices. During this time, they left the 4th floor as an auditorium but named it The Vandivort Theater.  After chatting with JT Kendall, Catering Sales Manager at Hotel Vandivort, I found out that a little over a century later John and Billy McQueary purchased the historic building and reimagined it into a modern boutique hotel to accommodate vacationers and business professionals who wanted to the original Springfield experience. Construction on the McQueary brothers vision for the hotel started in 2012 and July of 2015 Hotel Vandivort finally opened.

PRESENT: Since Hotel Vandivort is on the National Register of Historic Places they did keep several elements and features or the original structure, including (but not limited to) some of the interior and exterior brick walls, the huge decorative beams in the ceiling of the Ballroom and all the caps of the pillars and molding on the windows in the Ballroom. Kendall told us that “Hotel Vandivort sets itself apart from other hotels and wedding venues with its unique combination of a modern boutique hotel, modern-yet-welcoming aesthetic and incredible locally-sourced gourmet cuisine blend to create a truly unique and exquisite experience for not only the bride and groom but mom, dad and guests”. The Vandivort has two event spaces to choose from to host your next social event. The historic Vandivort Ballroom is located on the top floor of the hotel looking out over the photogenic setting of Downtown Springfield and is an immense 2,800 square feet. The event space seats a reception of 200 guests comfortably and is a perfect fit for any wedding, corporate party, prom or large event! If the ballroom does not suit your needs, then you must check out the Cornerstone Room. The Cornerstone Room is 850 square feet and is a popular choice for cocktail hours, small intimate weddings, rehearsal dinners, bridal showers, brunches and corporate gatherings. The staff is accommodating, friendly and professional.

FUTURE: In January, the Springfield Newsleader announced that Hotel Vandivort would be expanding by building a new 4 story, 42,000 square foot building adjacent to the current hotel. They broke ground on the expansion April 19th, but there is yet to be any news on the projected opening date.