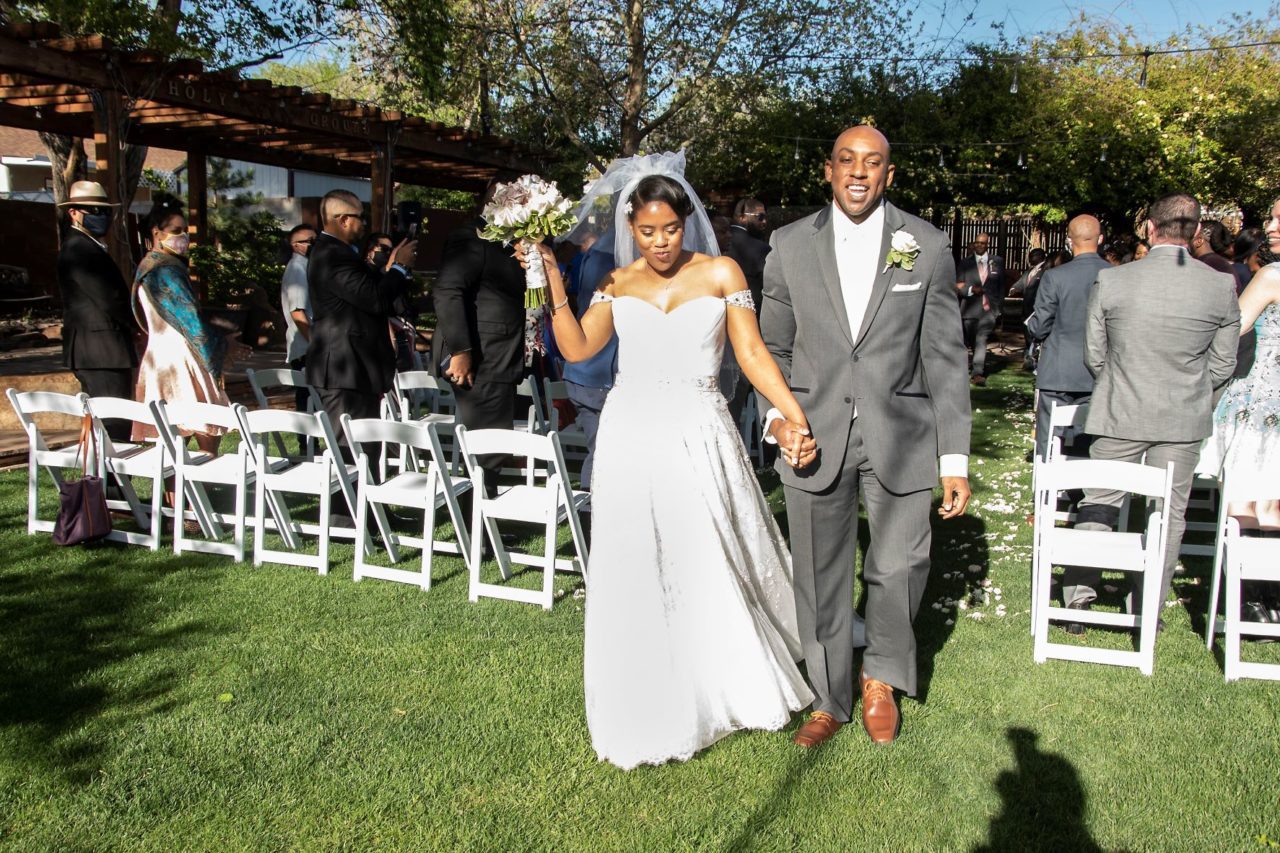 Wedding Music Traditions You Can Include In Your Ceremony

Wedding traditions can be as old or new as your wedding itself. It doesn’t matter if you are planning a traditional or a non-traditional ceremony. It doesn’t even matter if you don’t care about the wedding traditions at all. What does matter is that you include the personal touches that make your wedding memorable for you and your guests. There are so many wedding music traditions you can use to honor your heritage and your beloved one.

Selecting a ‘Walking Down the Aisle’ song

A couple may choose wedding music by tradition or a couple’s personal tastes. Traditional processional music involves the bride’s entrance down the aisle. A processional song is an excellent way to set the tone for your ceremony, and it can help guests feel more at ease throughout your wedding. A number of popular processional songs include “Here Comes the Bride” by Wagner, “Trumpet Voluntary” by Clarke and Purcell, and “Music of the Night” from Phantom of the Opera. We’ve also seen “The Flower Duet” by Lakme, and “Air on the G String” by Bach. Generally, a processional song should be played after guests have taken their seats.

If you do not like traditional music during your ceremony, this is a great opportunity to add some of your own flavors in a meaningful way. The time it takes to walk down the aisle varies widely based on venue size and style. Plan accordingly so that music plays only briefly before being gracefully quieted by your DJ.

With all the excitement of planning your wedding, it’s easy to overlook some details. One detail couples often overlook is the recessional. Choosing a song for your recessional will personalize your wedding ceremony and make it more memorable for you and your guests. A traditional choice we’ve seen many times is known as “The Wedding March” by Mendelssohn. There are thousands of versions available online. We’ve heard some couples say this song sounds like the theme from Star Wars. As a matter of fact, we’ve seen a lot of couples actually choose the “Theme from Star Wars” for their recessional. We’ve also seen songs by Bruno Mars, Chris Brown, and Smashmouth. My wife chose “I’ll Be There for You” by The Rembrandts because she’s a big fan of the sitcom ‘Friends’.

Other Songs to Consider

Some couples choose to begin the ceremony with a song to escort the mothers to their seats. Typically, a soft instrumental is ideal so your DJ can easily fade out of the song once the mothers are seated. There are three songs by Bach that tend to be chosen again and again: Suite for Solo Cello No. 1 in G Major, Suite for Solo Cello No. 6 in D major, and Jesu, Joy of Man’s Desiring. The versions recorded by cellist Yo Yo Ma are very popular.

Also, some couples like to pick a separate song for the groom and the officiant (though sometimes these two will walk in with no music at all). Other couples pick a song for the bridal party or the whole wedding party to walk down the aisle. There are lots of different versions of Pachelbel’s Canon in D available for those who like the traditional approach.

Finally, if you are incorporating any of the symbolic traditions during your ceremony, it is helpful to plan for a light instrumental to play in the background. For example, a candle lighting ceremony or sand ceremony may not be narrated by your officiant.  ‘Clair de Lune’ by Debussy is an example of a light instrumental that can act as an easy-going background song that’s easy for your DJ to transition.

A word of caution about technology

As with any music during your wedding day, we strive to play by the rules and provide the very best service. Though YouTube may have the perfect song for your ceremony if that version of the song isn’t available for purchase and download it may not be playable at your wedding.

In the end, it’s your ceremony

Beyond the basics, it’s important to remember that there are no hard and fast rules for any part of your ceremony, including music. If you don’t like a traditional song or musical selection for your ceremony, don’t use it. What is right for one couple may be wrong in the eyes of another. This is a very personal decision that should be made by each couple with the guidance of their officiant and musicians or DJ. It is important to keep your guests in mind with song choices that are respectful and tasteful. But you can have fun and let your personalities shine through. After all, it is your wedding.

Reach out to New Mexico wedding professionals to help you or connect you to more wedding resources to make sure you’re getting help where it’s needed. Complete Weddings + Events in Albuquerque is a text or phone call away (505.275.7800 ) for advice or to set up a consultation to chat through your event! Contact Complete today!

How to Create a Wedding Hashtag

Top Items to Add to your Wedding Registry